One question that begs another... 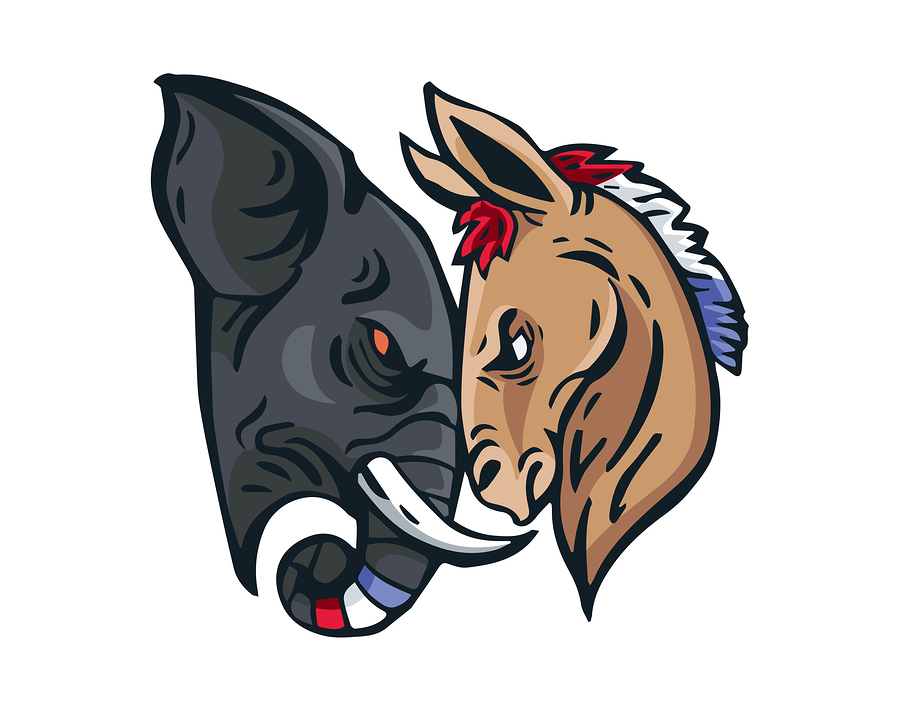 On a forum I frequent, this question was posted. Initially, I was inclined to pass on even attempting to answer it. While there are a number of thoughtful commenters on the forum in question, it felt to me like a this was one that might interest some of my readers who share my wholistic view of society. The question was…

Is there any issue that could actually bring Democrats and Republicans together or is the ideological rift so great that that is no longer a possibility?

I usually start most of my gratuitous opinions with , “nobody asked me but…”  But in this case, someone did ask, so instead I’m going to observe that this question (in my opinion) completely whiffs on what seems to me the more productive question, IF we want to get to the underlying contributing causes of the ideological rifts to which the question alludes.

Let’s start with the obvious. Representative democracies (or republics?) rely on a profound sense of citizenship, a measure of mutually acknowledged kinship with our fellow citizens, and with civic attention to the issues of the day. Attention, let me hasten to add that is characterized by  evidence-based critical thinking that informs our opinions on those issues. What the question above as phrased postulates is that American politics will necessarily bifurcated by opposing parties with opposing philosophies.

The Toxicity of Political Parties

But as thoughtful readers have already noted, none of the attributes of a vibrant representative republic we have enumerated above logically demand political parties. So if you accept my precepts above as necessary enablers of a representative democracy, is it perhaps time to reflect on whether viewing governance (the purpose of government) through a binary political lens? Irrespective of where you stand on the left-right continuum, I think that bifurcation of political alignment obscures rather than highlights truth.

Can we start with a blinding flash of the obvious? We are a nation of 330+ million people. A nation that has long since ceased to be a homogeneous group. Whether you agree with me that our very diversity is a strength is immaterial. The practical reality is that extracting a meaningful consensus from such diversity has proven (and will likely continue to prove) to be problematic at best. But it will be rendered considerably easier if we all framed our opinions (& our representatives their policy proposals) around empirically verifiable evidence. If you’re fond of absolute certainty, that may not appeal.

But it would helpful if all of us recognized that neither absolute certainty nor absolute unanimity of opinion is necessary for effective governance. Good will and a measure of humility, however, is. And if the years since Newt Gingrich has taught us anything, demonizing the other side simply because they’re “the other side,” is a shortcut to polarization. We’ve had more than enough opportunity to test that theory and the verdict is in.

Coming to Grips with Uncomfortable Truth

The lived experiences in urban vs. rural America are radically different and (sadly) the resulting philosophical convictions of  have to some extent blinded us to the greater similarities between both populations. Having grown up in Iowa before serving for 22+ years in the Corps & subsequently working in corporate America in a major metropolitan city for almost 2 decades, I know this from personal experience.

And it doesn’t help that the for-profit media exploits those differences for reasons owing less to the truth than what they perceive  they can “sell.”  But this in no way relieves us of our personal responsibility as citizens to sort out truth independent of the motivated cognition and (in some cases) shamelessly deceptive presentation of facts. It should be obvious why. We are the people from whom the authority to govern flows. We are directly and ultimately accountable for the outcome. This accountability includes not only how Congress and the President represent us, but how we influence their performance in our collective names.

The thoughtful have already figured out where I’m going with this. Congressional approval ratings see-sawing between a low of 15% just before the 2020 election and a high of 35+% in February says as much (or more) about us as an electorate as it does about our  representatives. What we permit, we encourage and for too long, we have encouraged behaviors that on balance don’t do credit either to congress or we the people they purport to represent.

Western democracy in general and American democracy in particular is firmly grounded in capitalism and the primacy of profit in our inalienable right”to “the pursuit of happiness.” It’s a seductive notion…one the Republican party in particular hammers home at every opportunity. The obvious flaw in that concept is that is further grounded in the demonstrably false idea that we can grow indefinitely within a demonstrably finite ecosystem. This isn’t simply an allusion to climate change, though most of us by now recognize that one of the unintended consequences of capitalism and the attendant growth spiral is climate change.

But there is a much more far-reaching side effect of capitalism as currently practiced. A side effect potentially more significant even than climate change, in that it shapes attitudes shaping our behavior.

Corporate America writ large would have you to believe they’re benign and on your side. But the unvarnished truth is they have participated in the systemic depression of wages irrespective of increased productivity and spiraling costs of living. No matter where you live, unless you’re one of the top 20% or so, you’re probably feel very much like somebody must be to blame for it & for-profit media will be happy to find someone for you to make wrong for it. But it’s rarely who needs to be made wrong.

The underpinning truth we must all face before we’re going to have an ice cube’s chance in the hot place of fixing our broken political system is to recognize how deeply embedded business is in the decisions that get made in government about governance. Until we acknowledge that businesses with vested interests in the systemic exploitation of everything from the tax code to their workers are driving a lot of the decisions government makes, we will never fix the problem. That’s because both parties are beholden to business.

Political parties and organizations writ larger are the inevitable (and unfortunately, necessary) part of every problem and every solution.